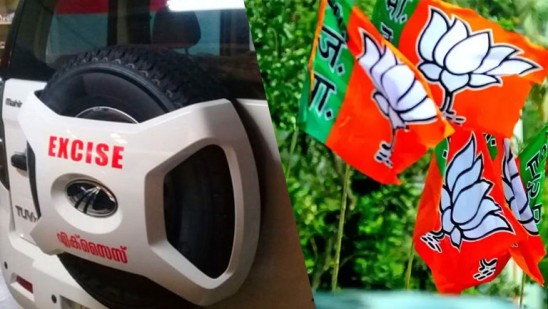 Malappuram> BJP chief arrested with 400 bottles of liquor The BJP chief and his confederate had been arrested with liquor being smuggled in a Bolero pickup. The excise workforce arrested Kanjirappadi Amapparakkal Sarath Lal and Parakottil Nitin, who had been NDA candidates within the nineteenth ward of Pandikkad panchayath within the final native physique elections. About 200 liters of illicit liquor smuggled from Mahe was seized.

Excise officers stated that Sarath Lal was promoting liquor illegally below the guise of promoting greens. The excise workforce nabbed them after days of surveillance following a tip-off.