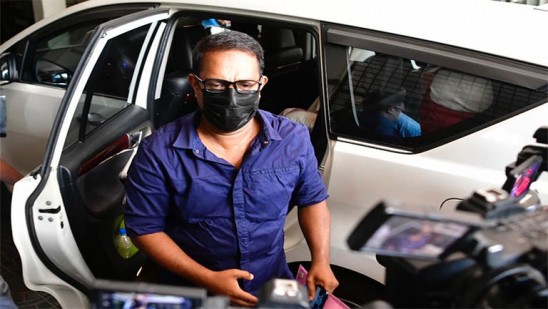 Kozhikode: State Secretary of the Muslim League KM Shaji has accused Samastha chief Abdus Samad Pookottur of whitewashing the CPI (M). A few of us have provide you with one thing out of the extraordinary. Shaji additionally threatened that non secular leaders shouldn’t clarify communism. Samastha (EK faction) youth wing state secretary Abdus Samad Pookottur is being insulted by the league chief with out naming him. Shaji was referring to the MSF program in Malappuram.

Pookottur had mentioned yesterday that communism was not fully secular and that believers had been working with the CPI (M). That is what made Shaji indignant. The uneasiness in that is evident in Shaji’s phrases. It isn’t proper for the communists to have a realistic coverage, in precept one other coverage. Shaji mentioned such explanations had been meant to encourage the CPI (M).

Shaji had declared the Communist Party anti-religious at a Waqf safety rally on the shores of Kozhikode. However Pookottur fully rejected Shaji’s place and mentioned that there have been believers among the many Communists. Shaji’s threaten that non secular leaders won’t clarify communism as a provocation.