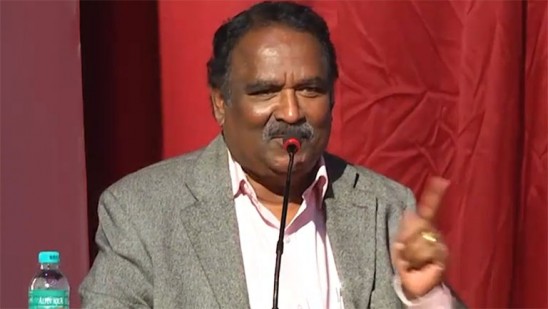 Kollam
Former Chief Secretary of Karnataka and Congress chief Dr. from Kollam. J. Alexander (83) handed away. He died at a hospital in Indiranagar, Bangalore on Friday night time following a coronary heart assault. He lived in Indira Nagar, Bangalore. Burial can be in Bangalore on Saturday.

He was born on August 8, 1938, the third son of Joseph and Elizabeth of Puthuvalthara, Mangad, Kandachira, Kollam. He graduated from SN Faculty, Kollam with first-class honors in English Literature. He holds an MA from University Faculty, Thiruvananthapuram. He joined the IAS in 1963 as a trainer at Fathima Matha Nationwide Faculty, Kollam. First appointment as South Canara Sub Collector in Mangalore. Has labored in varied departments in Karnataka for 33 years. In 1992, he turned the Chief Secretary. After retiring in 1996, he joined the Congress and entered the Meeting from Bumgaluru Bharathi Nagar constituency. Within the SM Krishna cupboard in 2003, he turned the Minister of Tourism. He additionally served because the Vice President of the Karnataka Pradesh Congress Committee. He left Congress in April 2019 following variations of opinion. The Left was additionally biased.

On the age of 69, Alexander obtained his PhD from the University of Karnataka. He’s a former Nationwide President of the YMCA. He’s presently the Regional Chairman of YMCA South Central India. Dolphin Alexander, who’s survived by his spouse. Youngsters: Dr. Jose Alexander and Dr. Johnson Alexander. Daughters-in-law: Mary Ann and Sheryl.